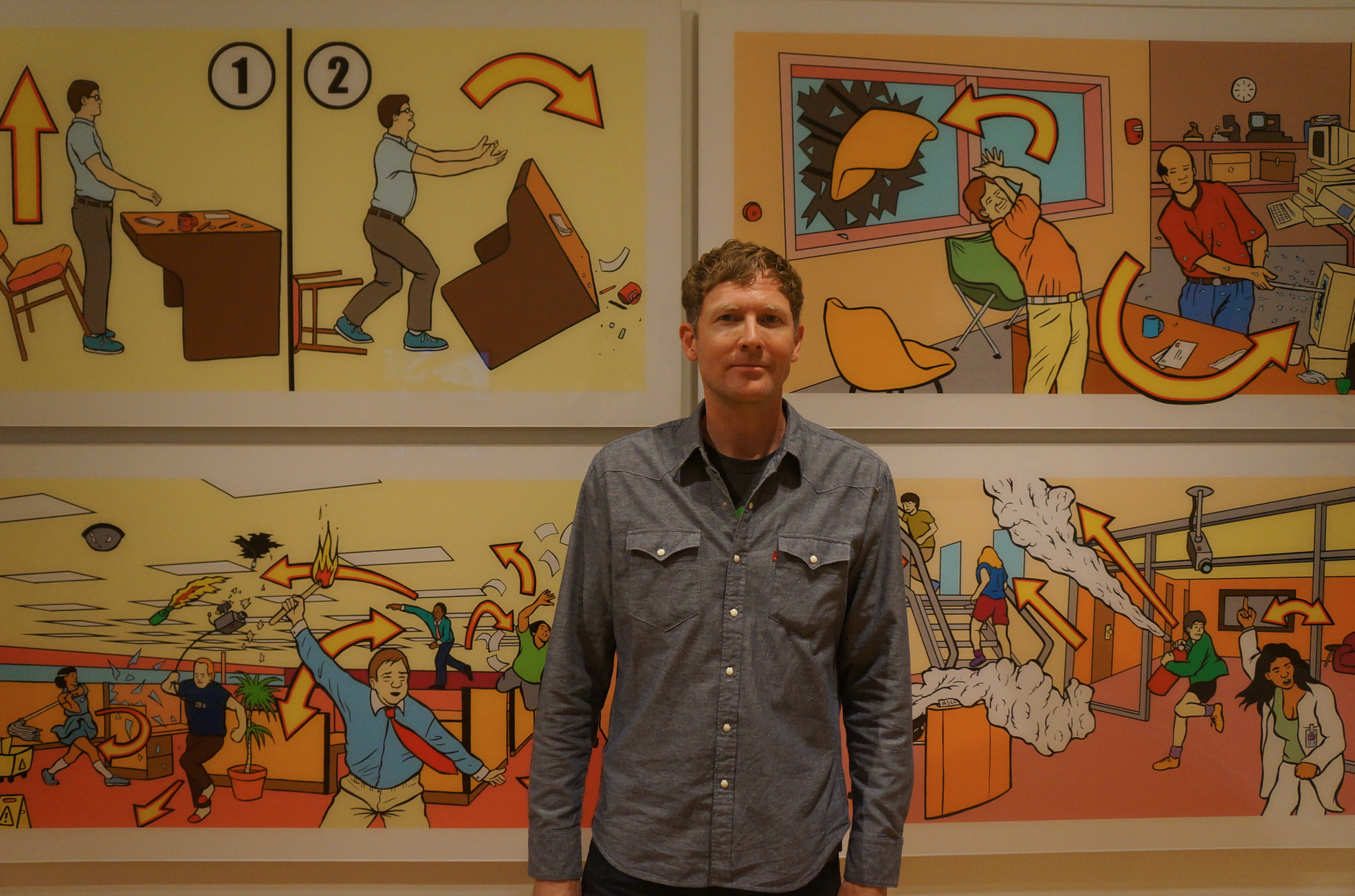 Packard Jennings is a visual artist based in Oakland who uses appropriation, humor and interventionist tactics to address political and corporate transgressions against public interests. Working across a wide range of media he portrays fictions of dissent, absurdist morality, and alternate future worlds through subverted advertising tactics and other forms of propaganda.

Packard Jennings is the nicest revolutionary you’ll ever meet. Polite and soft-spoken, he’s as self-effacing as they come.  And yet this is the man who is one of our hyperconsumerculture’s sharpest critics, using “appropriation, humor, and interventionist techniques to explore the dynamics of public spaces, and to address political and corporate transgressions against public interest.” 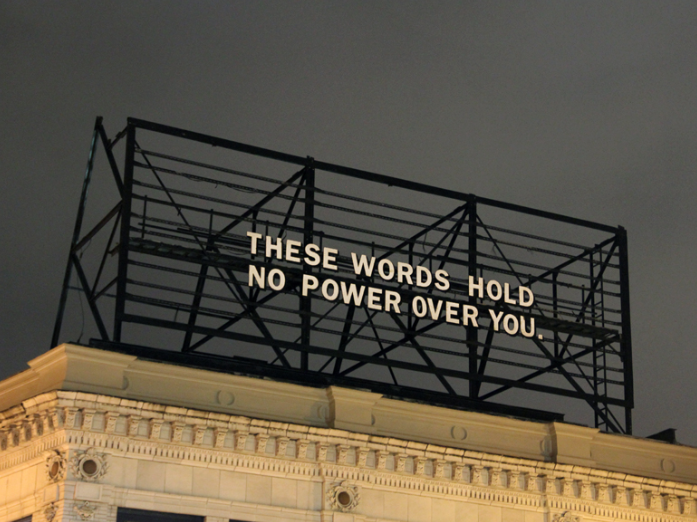 Jennings got started “a long time ago” by blackening out a tooth of a model on an ad-poster near his house.  “Words have a profound effect on us,” he says, explaining how he altered the words on a billboard high above a warehouse in Oakland.

Our world should not be hijacked for commercial purposes.  And yet we are bombarded by “brand messages” that drive us day and night. Jennings’ art reflects his mindset of dissent. 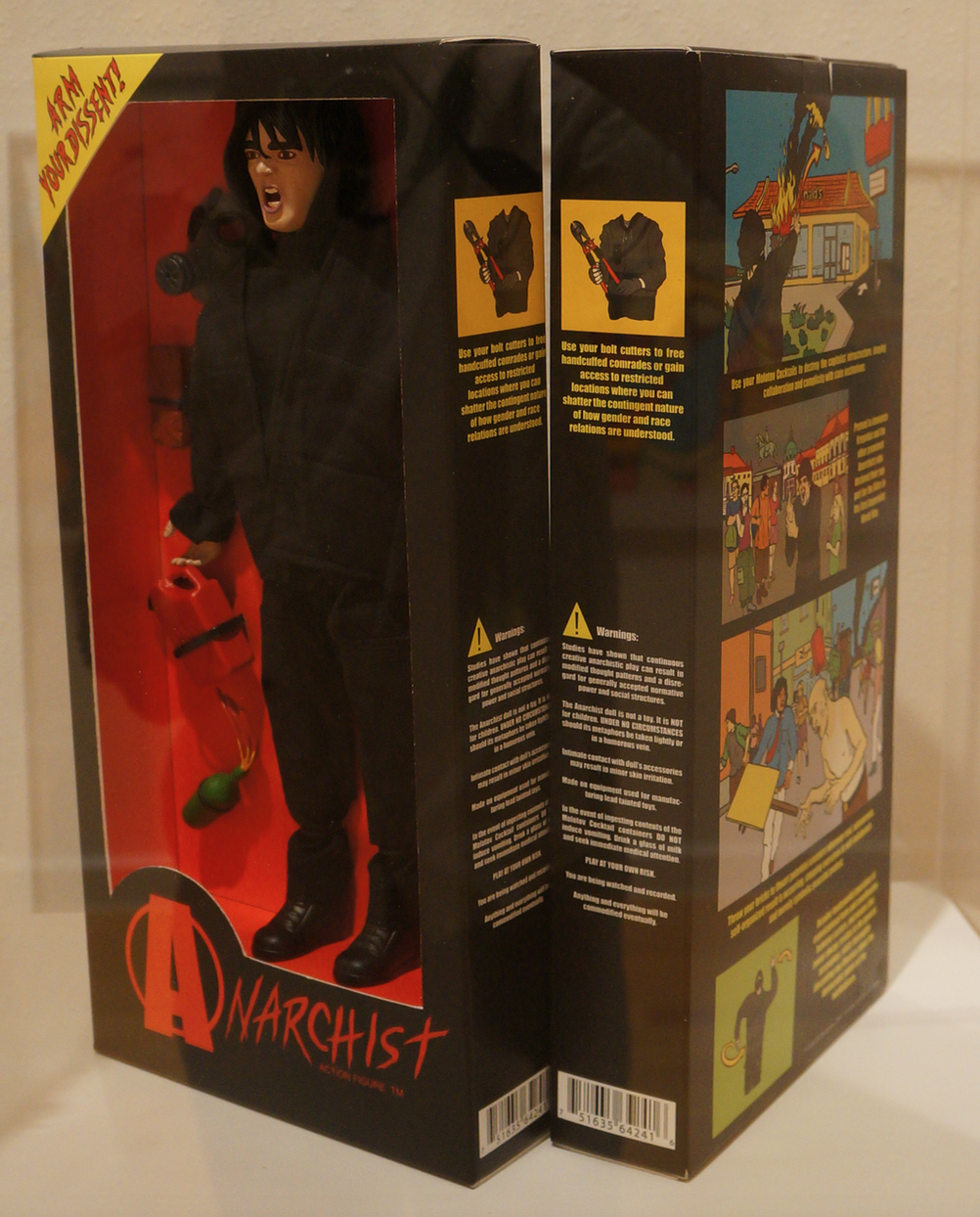 Jennings’ Anarchist Action Figure (above) was shopdropped (the opposite of shop-lifting)  in Target and Walmart:

How does he explain the social function of such a “toy”?  For Jennings, the Anarchist Action Figure is an intervention – designed to draw attention to our “mindless consumerism.”

Another project that Jennings is passionate about is Business Reply. This small, sixteen-page pamphlet is produced to put inside the postage-paid, business-reply envelopes that come with junk mail offers. 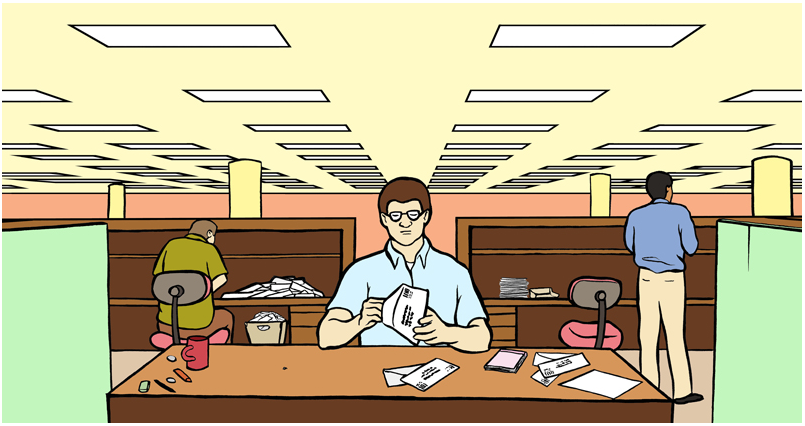 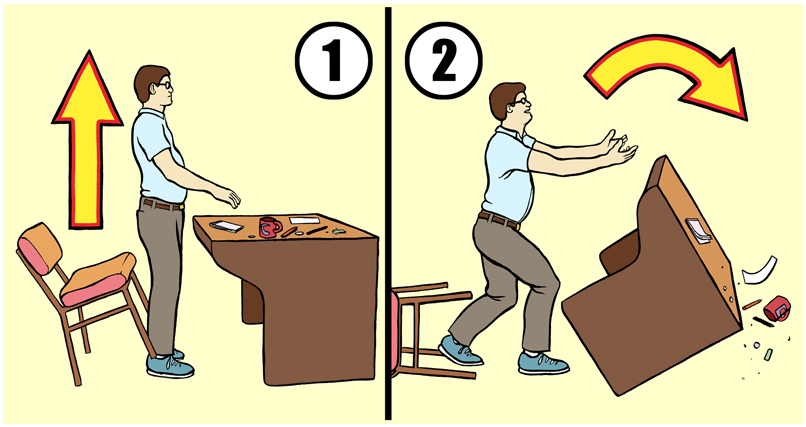 Every envelope collected is stuffed with the pamphlet and mailed back to its original company. Jennings describes the pamphlet as “a guide to achieving an anarcho-primitivist utopia.” It’s about unleashing the “spirit of revolt” living inside all of us. And speaking of revolt, check this.

Jennings is also the creator of a pamplet titled “Capitalism is a Pyramid Scheme”: 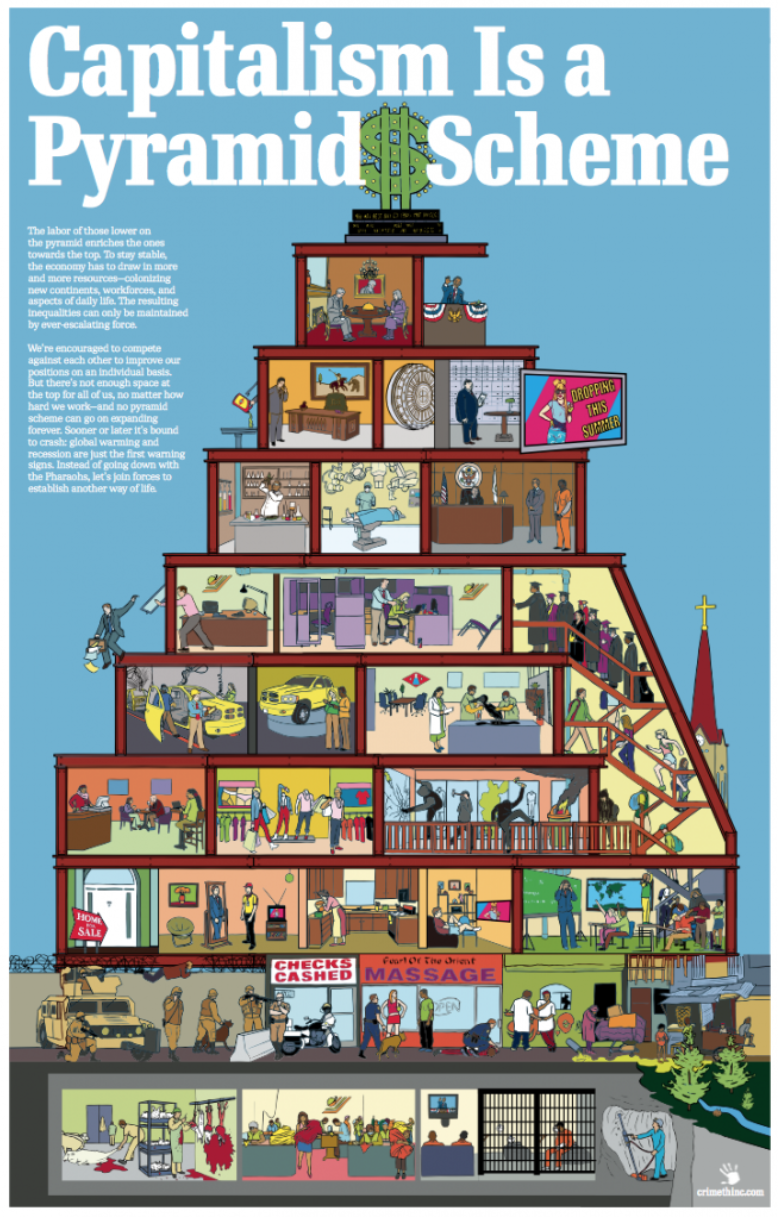 Online, Jennings and friends have built Destructables.org, an ad-free Do It Yourself website for projects of protest and creative dissent. According to the website, Destructables was developed with a few basic ideas in mind:

Dissent is necessary for a healthy society.  Debate, dissent, and radical viewpoints fight against the reductionist monoculture of corporate hegemony. Sure, we are good consumers, but deep down we are so much more. We have been corralled in this direction. It is safe, orderly, and bland, but what do we really want society to look like? Let’s debate in the streets. Let’s live it!

Public space is politicized. The “public square” – spaces for discussing beliefs and ideas with other individuals without larger political bodies exerting their influence – are rapidly shrinking. Through advertising, surveillance, and privatization, our true public realm is vanishing before our eyes. Increasingly our ‘public space’ is sold off and then redistributed to us in the form of shopping malls and corporate plazas. While this space carefully mimics the public space that was lost, it is subject to a more restrictive, and often arbitrary, set of rules. We support people taking action to reclaim public space for people!

Resistance and protest needs constant re-invention. In an era where traditional peaceful protest has become almost inconsequential in the United States, in an era where demonstrations are put on in specific zones and widely ignored in the media, in an era of constant media feed, connectivity, and decreasing attention spans, and in an era where marketers steal the tools and the language of dissent and revolution, we are in dire need of new strategies. We need new tactics and methods to shake things up – to create a new ‘ethical spectacle’ of grand proportions.

Our lives have been hijacked by branding, by corporate influence that pollutes and dominates every aspect of living.  Here’s a video by Jennings to illustrate:

Just Another Day from Packard Jennings on Vimeo.

How do we stand up to this relentless brand-brainwashing?