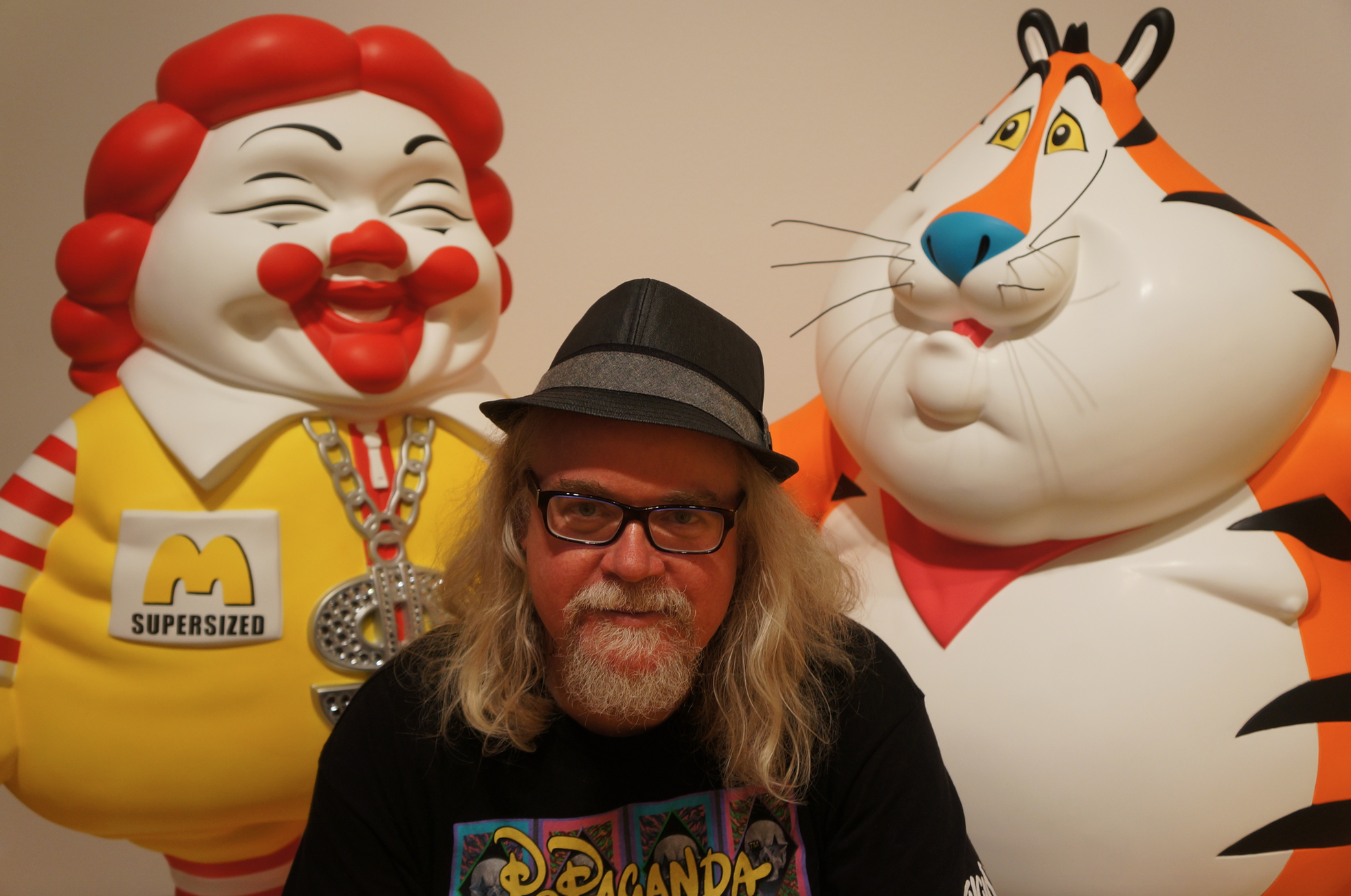 Ron English is a troublemaker, an outlaw artist. His almost-spiritual attack on corporate billboards and their consumerist messages have won him the admiration of the public across the world.

English coined the term POPaganda to describe his work – a subversive view of the iconography of entertainment, culture, and brands we worship.

One example is the series of cereal boxes created by English. He loves to drop these “subversive products” – cereal boxes like “Count Calorie” (Free Glucometer in each box) and “Sugar Frosted Fat” (Free RITALIN dose included) – on the shelves of supermarkets across the country.  “I view the supermarket as my art gallery,” he chuckles. “I’m trying to shift the conversation and take it back and away from the point-of-view of the manufacturer.” 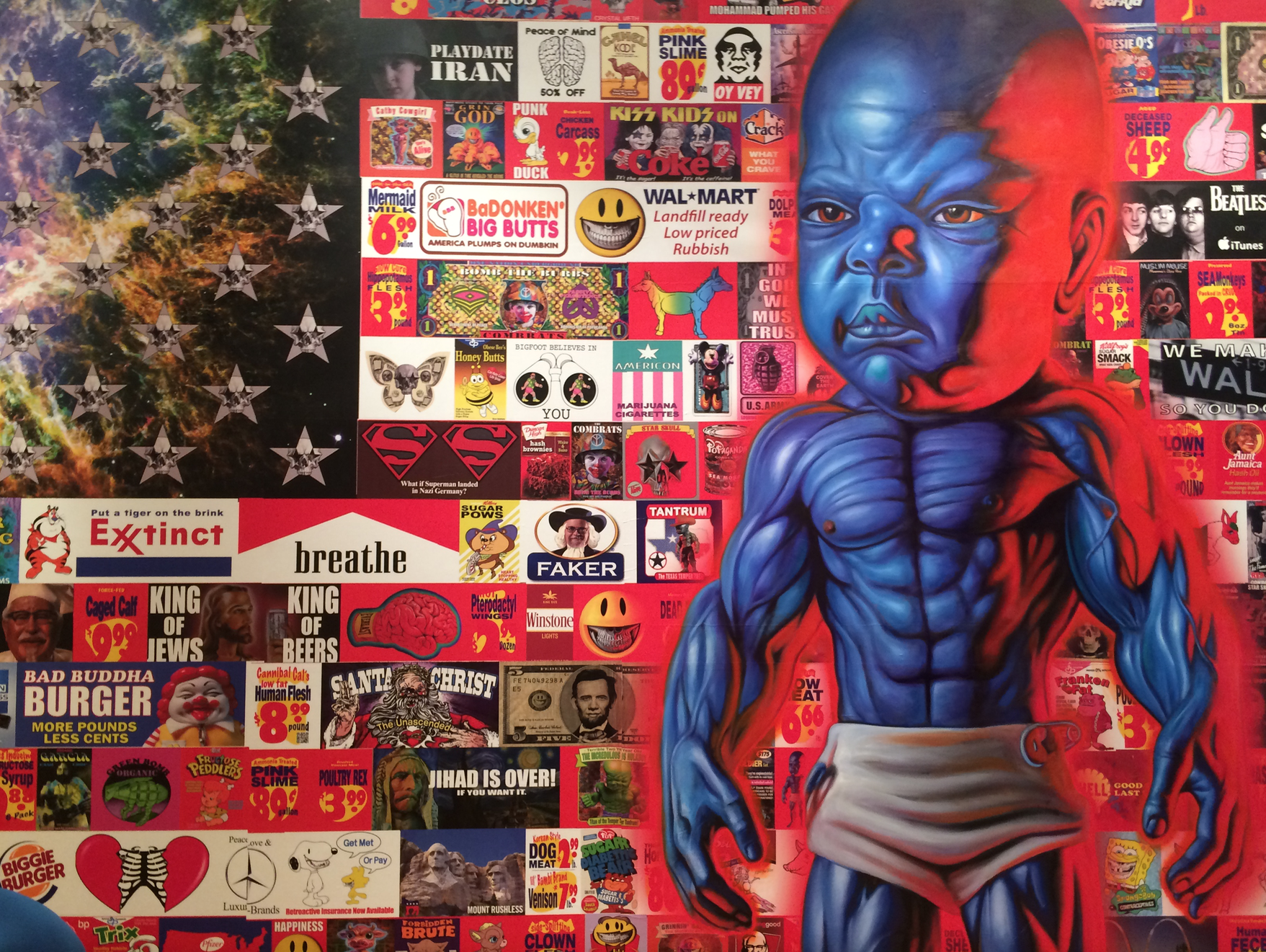 English’s iconoclastic sense of humor led him to create McSupersized (an obese Ronald McDonald) and Fat Tony (a fat version of Tony the Tiger) to “demonstrate what would happen if they ate the products they advertised.”

He confides: “Part of my art is that you have to have a lawyer!”  He’s been to jail on numerous occasions. English embraces controversy as an integral part of his art.

Temper Tot is one of Ron’s most recognizable icons.  A symbol of anger at status quo, Temper

English’s work resides in the permanent collections of the Museum of Modern Art, Paris, the Whitney Museum, and the Paterson Museum. He has exhibited at the Station Museum in Houston and the Museum of Contemporary Art, DC. Recently his commentary and art were featured in the hit movie Supersize Me, widening his audience beyond the boundaries of intrepid art seekers, and he has appeared on television in the US, Canada, Europe, and Japan. Featured in Entertainment Weekly’s Top 100 Hit List of 2005, he is also the subject of the award-winning documentary, POPaganda – the Art and Crimes of Ron English.