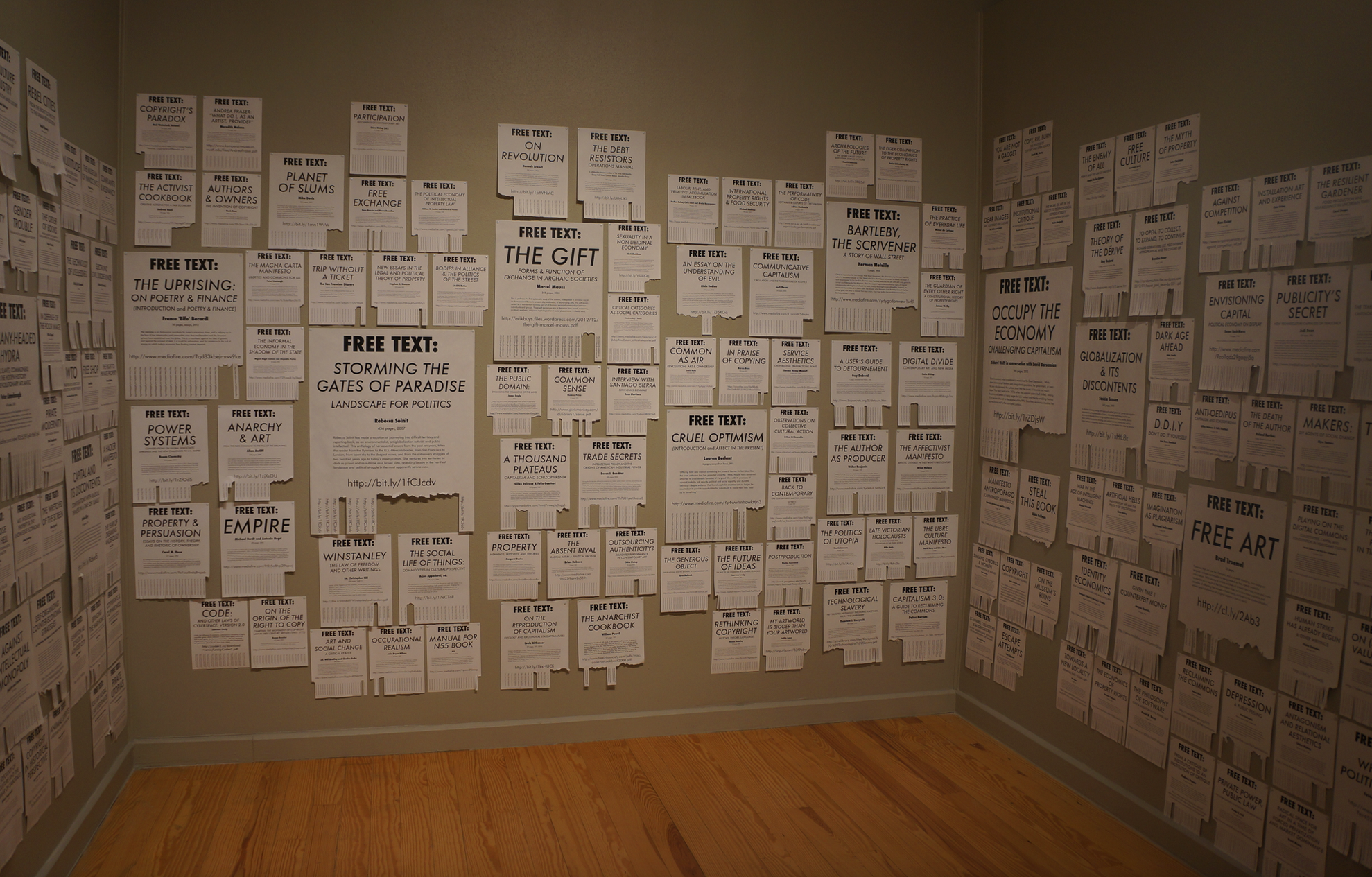 Born in the Philippines, Stephanie Syjuco received her MFA from Stanford University and BFA from the San Francisco Art Institute. She is the recipient of a 2014 Guggenheim Fellowship Award and a 2009 Joan Mitchell Painters and Sculptors Award. Her work has been shown nationally and internationally, including in exhibitions at MoMA/P.S.1, the Whitney Museum of American Art, SFMOMA, ZKM Center for Art and Technology, Germany Z33 Space for Contemporary Art, Belgium, Universal Studios Gallery Beijing, and the Contemporary Arts Museum Houston, as well the California Biennial at the Orange County Museum of Art, among others. 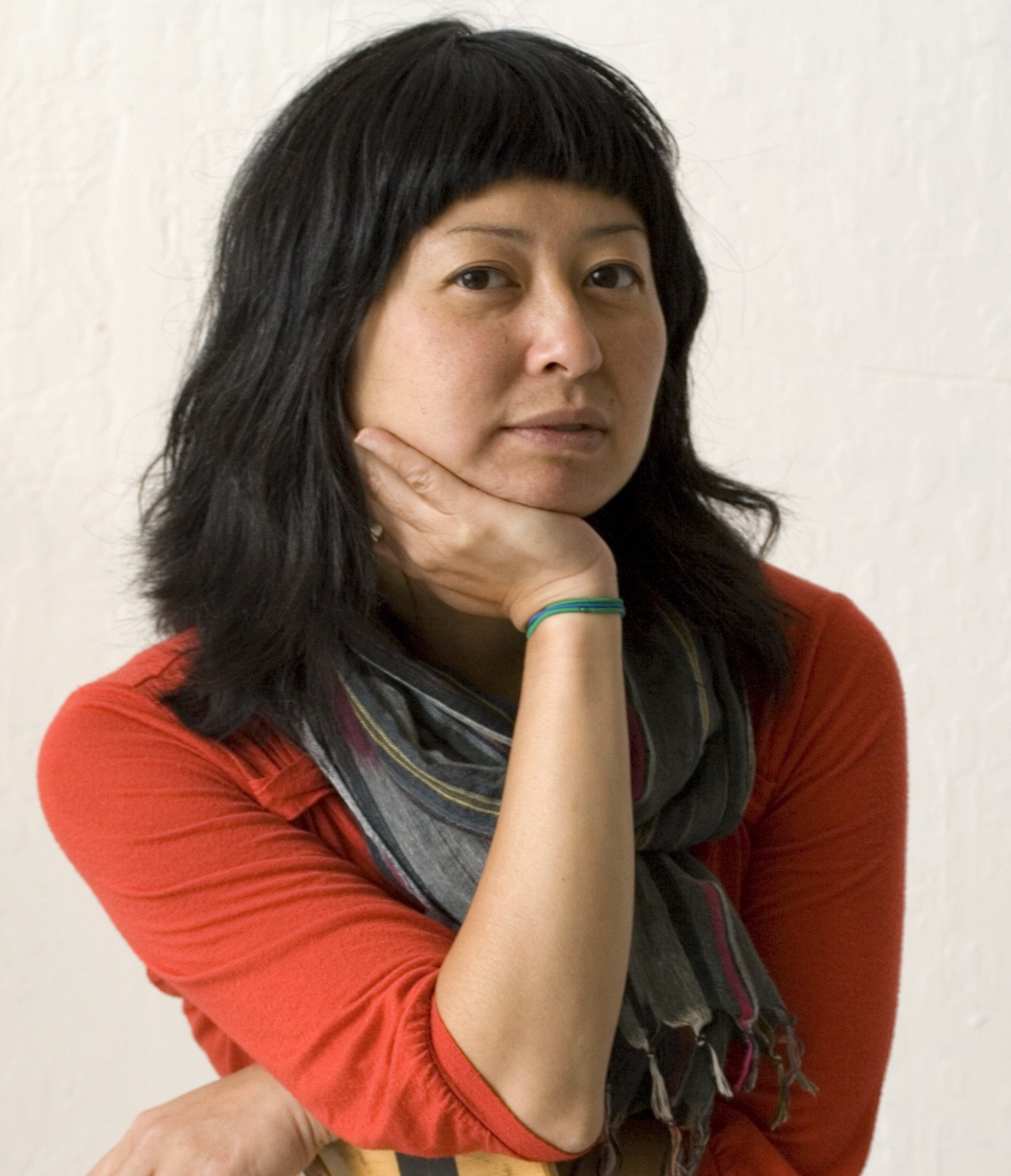 FREE TEXTS: An Open Source Reading Room functions as a physical archive for texts dealing with the thorny issues of digital copyright, open-source culture, alternatives to capitalism and the state of the intellectual commons in the twenty-first century. Visitors are invited to pull tabs from a wall of flyers advertising URLs so that they may download their own copy of that particular text, many of which have been illegally uploaded by anonymous file sharers around the world. The texts are curated around the history of the open-source movement, creative commons, remix culture, and challenges to copyright in the digital era, engaging the public in a lively dialogue of ownership and public access. File sharing and copyright infringement—of media, entertainment, creative works, and intellectual property—are hot political and cultural topics in a world increasingly seeking to commodify the production and dissemination of ideas and information.

The internet has changed everything – it has given us widespread access to ideas that were kept under lock and key. The corporate instinct has been to fight the open dissemination of ideas and texts using IP and traditional copyright law, even as those laws are being questioned.

Syjuco’s installation turns everything inside out.

What is so intriguing about this installation is the possibility and promise of interaction – how the viewer interacts with the installation, how the installation educates and changes the viewer, and lastly how the viewer interacts with other viewers.   The “texts in the class” are the new canon of digital and political thought – from Rebecca Solnit’s Storming the Gates of Paradise to Saskia Sassen’s Globalization and Its Discontents – all touching on the future of culture and society.

Who controls ideas and the diffusion of ideas in this age?  Where do we draw the lines between profit, censorship, and free speech?

Is money free speech?  Who decides?

One thought on “Stephanie Syjuco: Do Ideas Want to Be Free?”