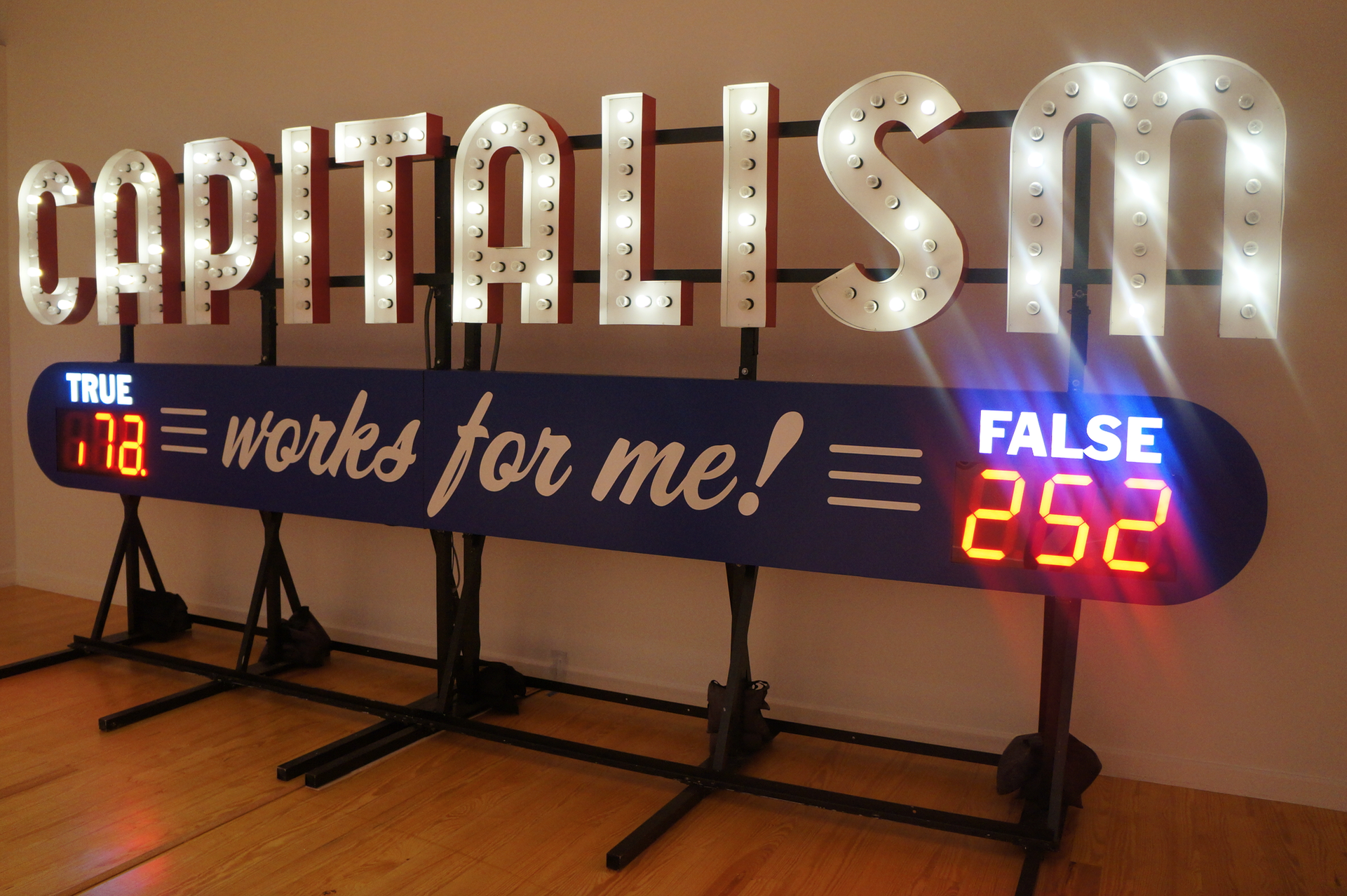 Steve Lambert also explores issues of advertising and the use of public space. He is the founder of the Center for Artistic Activism, the Anti-Advertising Agency, Add-Art (a Firefox add-on that replaces online advertising with art) and SelfControl (which blocks grownups from distracting websites so they can get work done).

Capitalism Works For Me! True/False, 2011 (aluminum and electrical) is a neon billboard that has been used in public spaces to ask a question that is rarely, if ever, asked by the mainstream media.

For Lambert, starting a conversation about Capitalism is like walking up to a stranger and asking, “Can I talk to you about Jesus?”

Lambert is transparent about his motivation:

For 50 years it has been unacceptable, politically, in the United States to ask what is basically a straightforward question. We have a particular economic system, it’s called capitalism. We have every right as a society to ask of that system, is it working? Is it working for us? Do the benefits and the costs balance themselves out in a way that says, do we want to keep this system? Or that says, we want to change this system? Or that says, we ought to look at an alternative system. We’ve been afraid to ask that question. We’ve been afraid to have public debates—that’s the legacy of the Cold War. We can’t afford anymore to not do that. We have to raise the question.

How do we react to this blunt sign that asks the question we dare not ask ourselves?

What do you think about when you click on the YES or NO button?  What do you want to believe?

This deceptively simple art experiment is nothing short of a political grenade.  Lambert’s question is a quest.

And the goal of this quest is justice.