Is the world is a business?  NYC-based Sajjad‘s “currency collages” investigate the interconnectedness of our current international political economy.  What are the results of our markets being tied together in tandem with the people who move and operate within them?

The title references a line from the movie The Network (1976), “We no longer live in a world of nations and ideologies, Mr. Beale. The world is a college of corporations, inexorably determined by the immutable by-laws of business. The world is a business, Mr. Beale; it has been since man crawled out of the slime.” 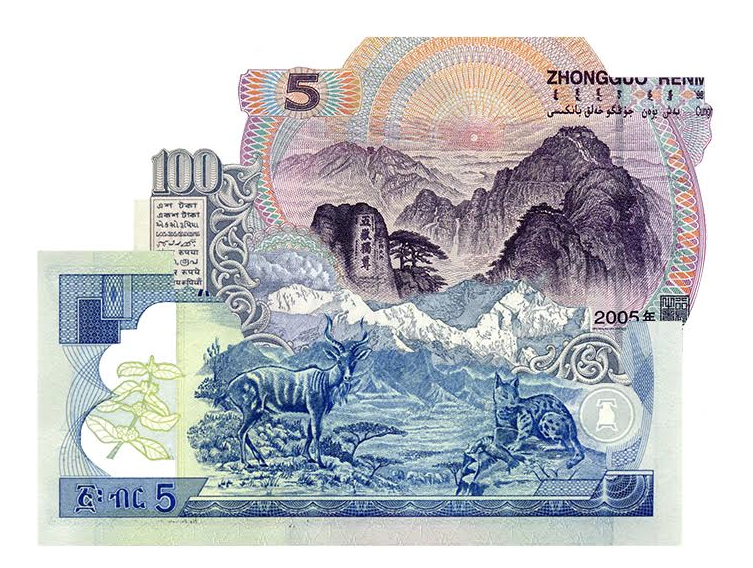 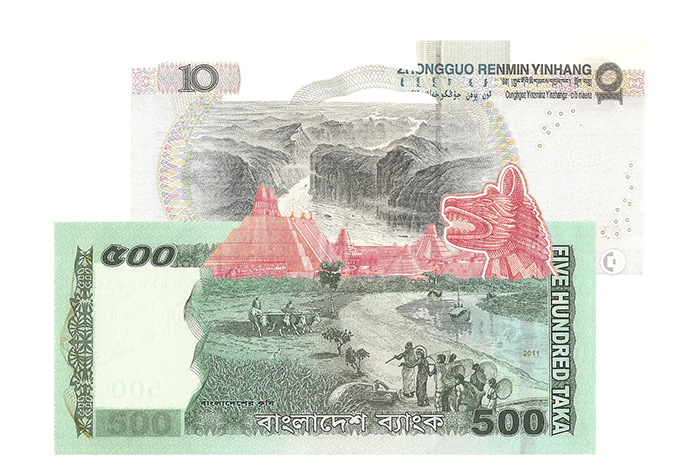 Landscape and Pilgrimage juxtapose international currencies to create an unintended surreal scene.  The currencies used may or may not have a connection based on the investment strategies between developed and developing countries. 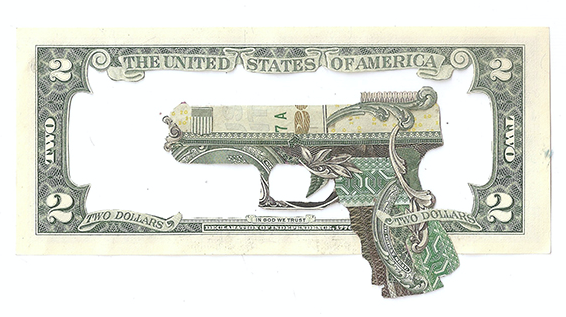 Est. 1791  references the date the 2nd amendment was adopted. This piece juxtaposes a handgun adorned with US currency along with the two-dollar bill as a backdrop.  The artwork seems appropriate considering current events regarding violence and handguns in America. On one hand the piece can be seen as an iconic celebration of the 2nd amendment and simultaneously a critique of America’s celebration and obsession with the amendment. 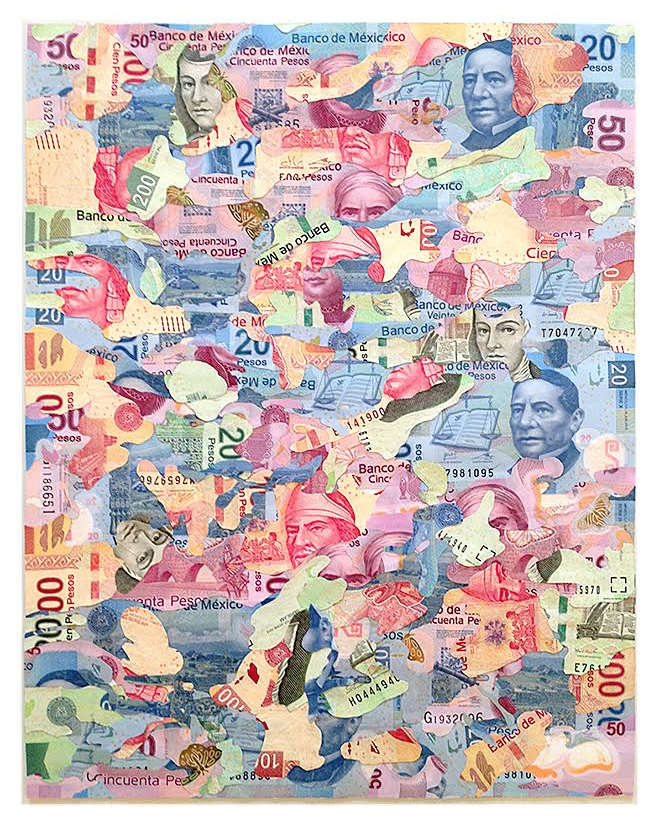 Sajjad is a NYC based artist.  Using a variety of techniques and mediums, Sajjad’s works primarily investigates inner city motifs and expresses them aesthetically, elevating the culture in a unique and unexpected way. His most recent project, A Medium of Exchange explores the interconnectedness of money and the human experience across all socioeconomic classes.  Sajjad’s works have been showcased in in-group shows with the Brooklyn Collage Collective at Rabbit Hole Studios and Global Corpocracy in Texas and New York.