The Beehive Design Collective is an all-volunteer, activist arts collective dedicated to “cross-pollinating the grassroots” by creating collaborative, anti-copyright images for use as educational and organizing tools. Through conversations with affected communities Beehive Design Collective works as word-to-image translators of complex global stories. Working anonymously, all production is credited to the collective as a whole. Graphics are distributed by accepting donations on a sliding scale, and roughly half of the materials the collective produces are given away on the frontline to communities, educators, and organizers who are actively working on the issues addressed in the posters. 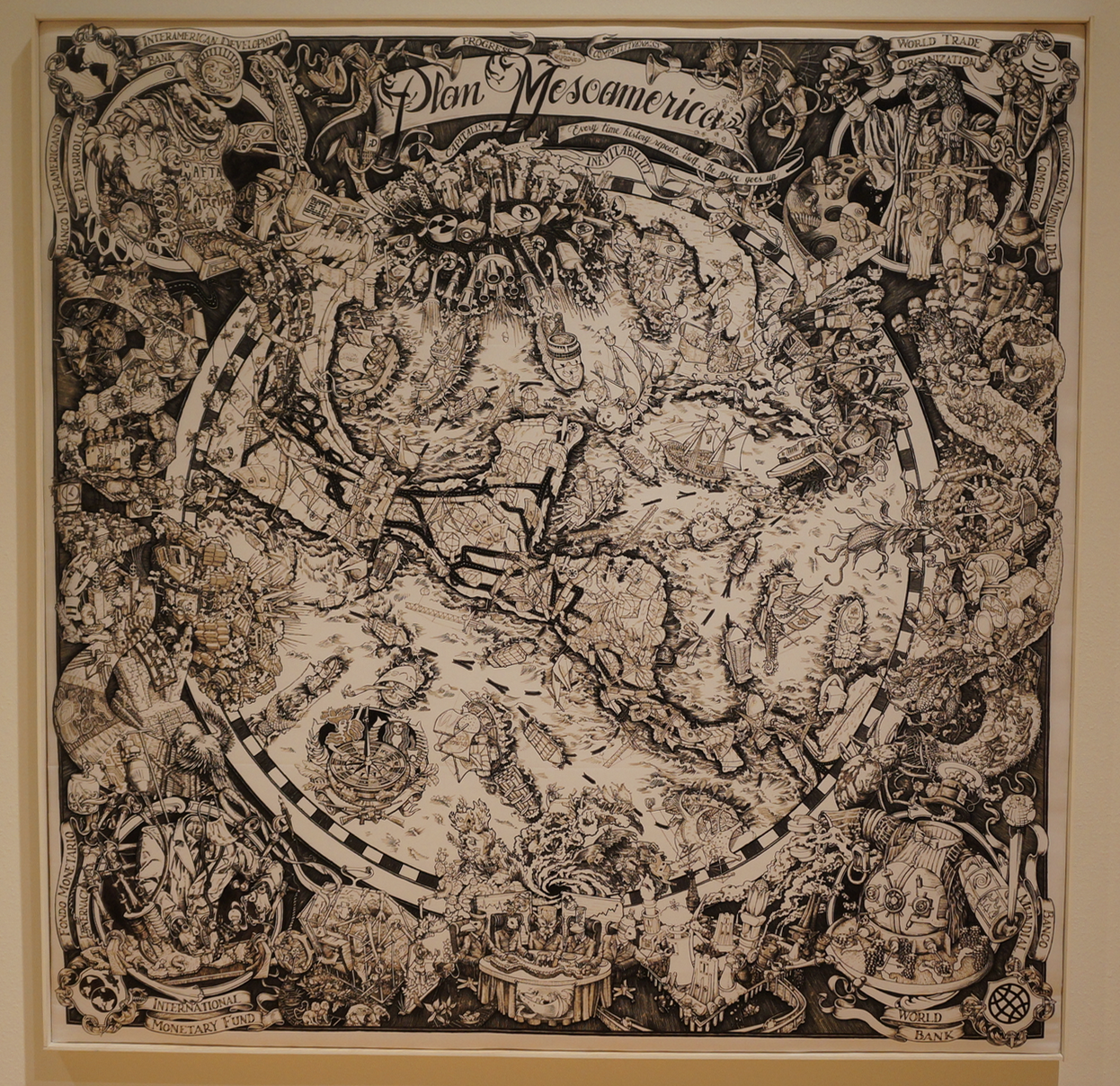 Mesoamérica Resiste, 2005–2014 is a digital print on fabric – is a part of a series about Free Trade, Militarization, and Corporate Colonialism – a narrative that tells the story that is rarely told in our history books.  The neoliberal model of development in Central and Latin America involves “aid” in the form of mega infrastructure projects that often put countries in debt and deprive indigenous communities of their livelihoods. Themes such as the sinister collaboration between corporate development projects, military rule and repression, and extractive “free-trade” tell us that neo colonialism is thriving.

By building and disseminating these visual tools, they hope that they will self-replicate and take on lives of their own. To make this abundant cross-pollination possible, all of their work is licensed under the Creative Commons (CC). Beehive Design Collective consists of a core group of 10–15 people from the coast of eastern coast of Maine along with a strong decentralized network spread out across the map, working to find creative ways to collaborate and make local and global visions of the Beehive a reality.