Our favorite Spanish revolutionary—Eugenio Merino—returns to the UNIX Gallery for “Sons Of Capital,” a solo show at the 532 West 24th Street location in New York.  “Sons Of Capital” opens with a public reception on October 20 from 6-8 pm and runs for three weeks.

The new body of work features the provocative artist’s signature use of hyperrealist sculpture, installation, and conceptualism to illustrate the inequitable effects of blind, ubiquitous capitalism through satire and metaphor. 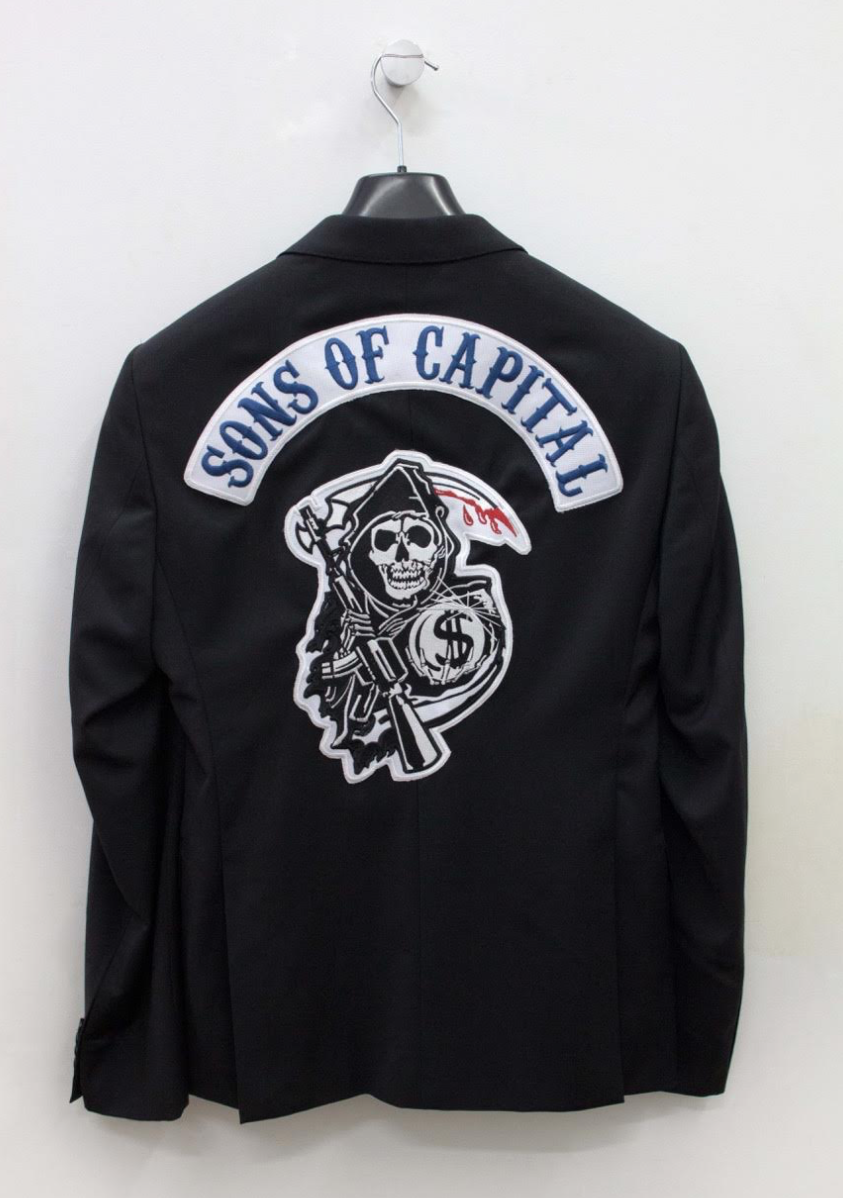 Are the Wall Street suits just another gang of pirates, focused on one objective – robbing us of our future?

“Sons Of Capital” develops a discourse about the distribution of power in society today, where the few decide who will rule for them and on their behalf.

Merino’s work is a cry for change to push through and overcome the fear or preconceived notions of security espoused by selfish authoritarians who are motivated by nothing but their own greed. Such a system germinates and feeds leaders who are elected only for their own benefit and the benefit of the their friends in high places. It is a (self) delusion to think that we can be part of decision-making with our ballots. Merino tells us the real truth is that those decisions have been already made and our votes are just an act to satisfy the masses. 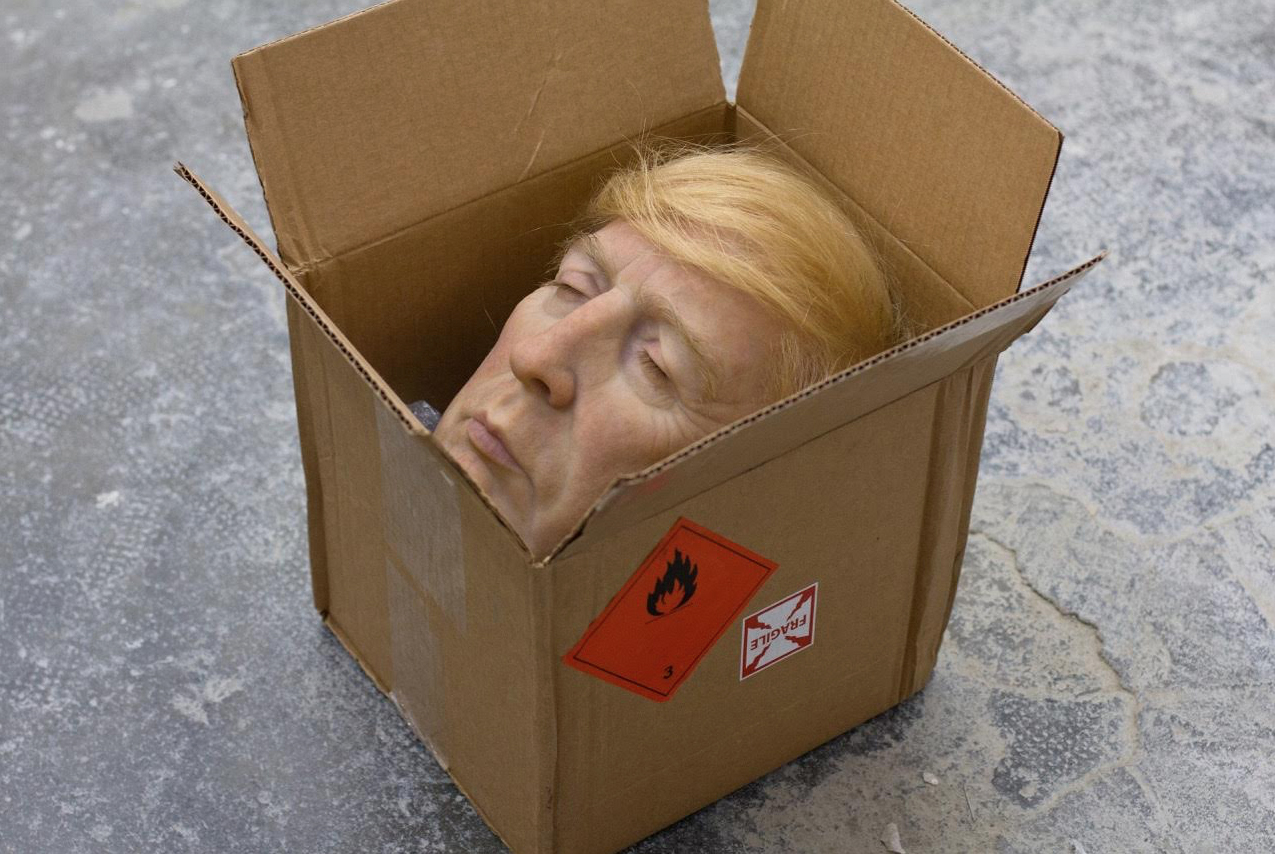 The most striking work is Damaged Goods, a life-size sculpture of Donald Trump’s head, complete with his signature hairstyle, detailed to every strand.

The Donald’s disembodied head—displayed in a shipping box marked “FRAGILE”—is an expression of anger, even rage.   Is this how fascist dictators meet their end? Is this the work of ISIS?  Does hate speech breed violence?  There’s a sense of real disgust the hits me in the stomach – an emotional response that I wasn’t prepared for.

This is not The Apprentice. 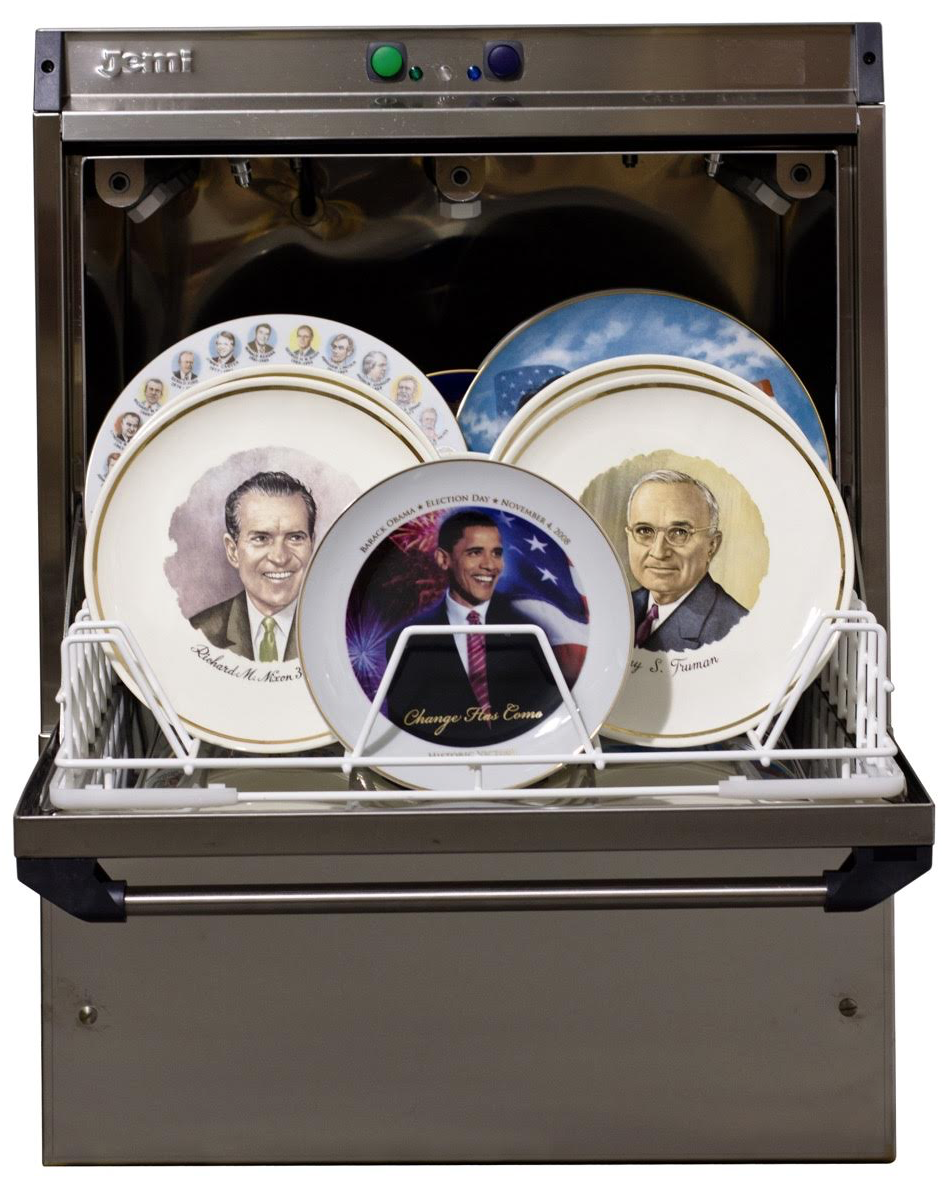 “The best slave is the one who thinks he is free.”

For Merino, the more things change, the more they stay the same. Even as times change and the world evolves, yet the struggle remains the same. 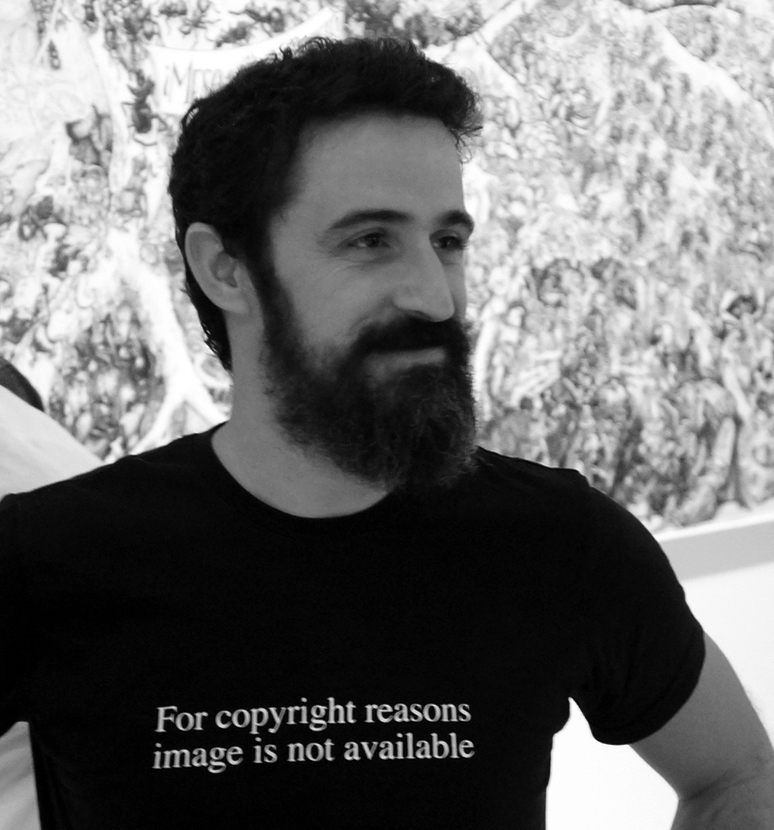 Eugenio Merino (b. 1975, Madrid, Spain) graduated from the Complutense University of Madrid. He has had numerous solo and group exhibitions including MOCA Taipei and the B.P.S.22 in Belgium. In October 2015, Merino made his US museum debut in the Station Museum of Contemporary Art’s, Corpocracy. The exhibition also featured works by Ron English. He has participated in a variety of art fairs, including The Armory Show, FIAC (Paris), ARCO (Madrid), Zona MACO, Volta, Art Miami, and Art 16 London. Eugenio Merino currently lives and works in Madrid, Spain.